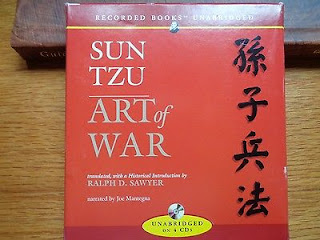 What are the Five Critical Strategic Factors (CSFs)?
Based on the information relating to the Five CSF, does the chief decision maker possessed the leadership qualities and the processes to match or to exceed the strategic criteria of the singularity.

You can read more about it on Chapter One of the Sun zi essay.

Using The Heaven Factor and The Earth Factor as a Guide

“Among the spiritual nothing is more honored than Heaven, among strategic power nothing more conductive than earth, among movements nothing more urgent than time, and among employments nothing more advantageous than man. Now these fours are the trunks and branches of the army. But they must rely the Tao before they can be implemented and attain unified employment.

Now advantages of Earth overcome season of Heaven; skillful attacks overcome advantages of Earth; strategic power conquers men. Those who rely on Heaven can be confused, who rely on Earth can be constrainted, who rely on time can be pressed and who rely on men can be deluded. Now benevolence, courage, trust and purity are attractive human attributes, but the courageous can be enticed; the benevolent can be seized, the trusting can be deceived, and the pure are easily plotted against. If the army’s commander displays any one of these attributes, he will be captured. From this perspective, it is clear that armies control victory through the patterns of the Tao, not through relying upon the talents of worthies. Only those worth form cannot be ensnared. For the reason the Sage conceals himself in the originless so that his emotions cannot be perceived. He moves in the formless so that deployment cannot be fathomed. Without tactics or appearance, he acts appropriately.  Without name or shape, he changes and creates an image. Even among those with acute victory,. Who can spy out his nature?”

Posted by Compass Architect at 3:28 AM 1 comments 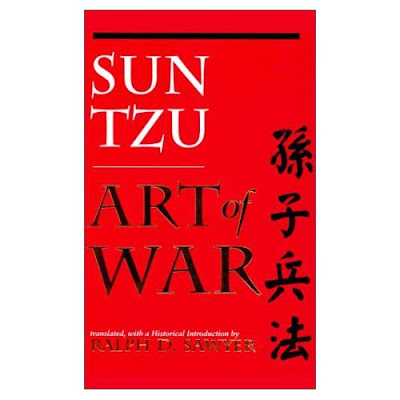 Regardless of the lack of experience and insights from the field strategists, there are multiple meanings to this thought.

If you know the enemy and know yourself, your victory will not stand in doubt;

Knowing the competition and knowing yourself is not enough.   ...  You have know the reasons behind him or her in terms of motives, methods and strategic foundation.

It could look discouraging for those who realized that the competition possesses an abundance of resources.  By knowing the state of their motive and their methods, there is always an opportunity to subvert him if one knows the why's behind the motive and the methods..

if you know Heaven and know Earth, you may make your victory complete. …”
There are multiple meanings to this statement

Another Perspective
“Given a knowledge of three matters—the affairs of men, the seasons of heavens and the natural advantages of earth—victory will invariably crown your battles. “ – Li Ch’uan

Posted by Compass Architect at 8:01 AM 0 comments 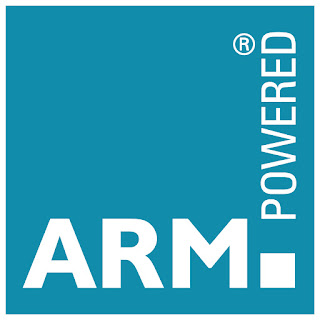 ARM is an IP company that does not manufacture anything.  They are also almost synonymous with "embedded."

The daily challenge for the competitive thinkers who are operating in the information economy is to develop that category of virtual business.

Posted by Compass Architect at 3:38 AM 0 comments

Assessing the Basics of Taijiquan (2)

Another variation of that earlier story where some people have claimed that the gist of Taijiquan originated from a person who observed a battle between a eagle or a magpie hawk (not a crane) and a snake.
After watching this video, do you know what were the prevailing factors for the victor? 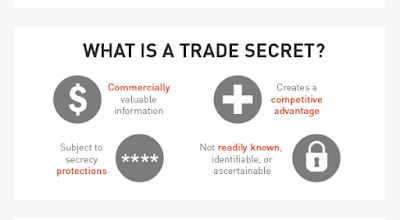 By Natalie Posgate of The Texas Lawbook
Apache Corp. has filed suit against the former head of its Egyptian operations, alleging that the executive  misappropriated sensitive trade secrets earlier this year when he left the Houston oil and gas company to help create a start-up firm that would compete with Apache for business.

At Apache’s request, Harris County District Judge Jeff Shadwick issued a temporary restraining order Tuesday prohibiting Thomas M. Maher and the start-up, Apex International Energy Management, from using or disclosing any of Apache’s trade secrets and ordered  them to surrender the trade secrets to their lawyers.

“Apache is very concerned with the information it has confirmed regarding the actions and details of Mr. Tom Maher’s departure from the company,” Apache spokeswoman Castlen Kennedy said in a written statement. “We take the security of our proprietary, confidential, and trade secret information seriously, which is why we have requested immediate court action.”

Houston attorney Craig Smyser, who is defending Maher and Apex, declined to comment on the lawsuit, but said his clients agreed to the terms of Tuesday’s court order.

Apache’s lead counsel, Tim Shelby of Ahmad, Zavitsanos & Anaipakos in Houston, could not  be reached for comment.

Maher is former head of Apache’s Egypt operations, and left the company for Apex earlier this month, the lawsuit says. Apache alleges Maher downloaded more than 230,000 Apache files to as many as nine portable USB drives between February and has last day at Apache on May 9 and brought the files over to his new job at Apex, where he serves as president and chief operating officer.

Among other things, the files include Apache’s “well, seismic survey, concession-bidding and financial information,” the lawsuit says.

According to Apache, Maher began communicating with Apex executives as early as November of last year, including Apex CEO Roger Plank, who is a former Apache president.
In addition to misappropriating trade secrets, the lawsuit alleges that Maher “played double agent, cementing his position at Apex while simultaneously remaining privy to the most sensitive of Apache internal discussions at the executive and board levels.”

This included meetings Maher arranged on behalf of Apex with top Egypt officials to inform them of “Apex’s intent to do business in Egypt as an Apache competitor and to begin to solicit” the Egypt officials, which include the minister with ultimate authority of oil and gas operations in Egypt, especially with respect to foreign investment, the lawsuit says.

“As a direct and proximate result of defendants’ conduct, Apache will suffer irreparable harm,” the complaint says. “Specifically, defendants are using Apache’s confidential, proprietary and trade secret information to gain an illegal advantage over Apache.”
Besides the restraining order, Apache’s lawsuit asks for monetary damages to be awarded, including any compensation Maher and Apex received “as a result of their misappropriation of Apache’s trade secrets.”

The temporary restraining order expires on June 24. Apache’s request for further injunction of the defendants from using its trade secrets will be determined at a June 20 hearing.
For a longer version of this article, please visit TexasLawbook.net 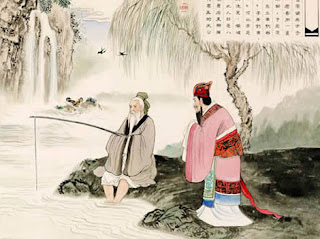 In ancient China, Jiang Tai Gong book "Six Secret Teachings" is considered to be the "go-to" book for the "Big Picture" strategic thinkers and operational implementers.

A portion of this manuscript emphasized "the importance of protecting one's advantage" regardless of the situation.

When the sun is at midday, you should dry things. If you grasp a knife, you must cut. If you hold an axe, you must attack."

"If at the height of the day, you do not dry things in the sun, this is termed losing the opportunity.

If you grasp a knife but do not cut anything, you will lose the moment for profits. If you hold an axe and do not attack, enemies will attack instead."

"If trickling streams are not blocked, they will become great rivers. If you do not extinguish the smallest flames, there is nothing much you can do when it turns into great flames.

If you do not eliminate the two-leaf sapling, you might have to use the axe to remove it in future." "For this reason, the ruler must focus on developing wealth within his state. Without material wealth, he has nothing with which to spread beneficence or to bring his relatives together.

If he estranges his relatives it will be harmful. If he loses the common people, he will be defeated. "

"Do not allow other men to snatch away your awesomeness.Rely on your wisdom, follow the norm. Those that submit and accord with you, treat them generously and virtuously. Those that oppose you, break with force. If you respect the people and trust, the state will be peaceful and populace submissive." - T’ai Kung Liu-t’ao (Six Secret Teachings)

More on this topic can be found in the Seven Military Classics of Ancient China.

Assessing the Basics of Taijiquan (1)


Some people have claimed that the gist of Taijiquan originated from a person who observed a battle between a crane and a snake.

After watching this video, do you know what were the prevailing factors for the crane?

Could you identify those same factors in the practice of Taijiquan?

Side note
From which animal, does one learns how to center oneself?
Posted by Compass Architect at 8:38 AM 0 comments 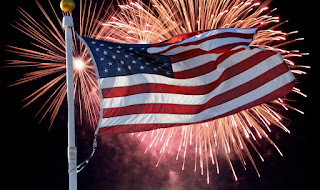 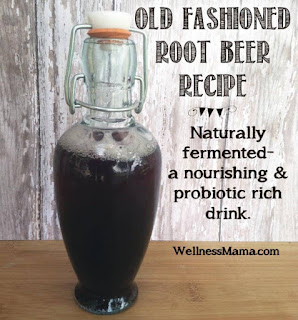 Source: Wellness Mama
Posted by Compass Architect at 5:55 AM 0 comments

The Dao of the Smart Economy 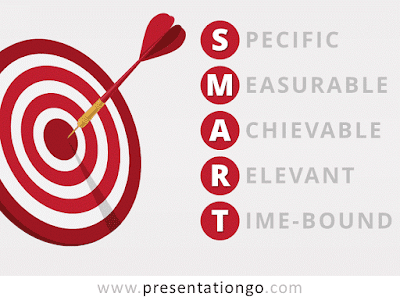 The competitiveness factor of the global economy has ascended a few notches upward since the emergence of the Internet.

Those who possessed the near-endless abundance of resources, can afford to err in their endeavor while the rest of the world who possess a finite amount of resources are usually risk-adverse.

They espoused to the masses to push, persist and persevere without telling them about their singular advantage.

How do you prevail over these crafty banshees?


The Suggestion
Recognize the configuration of your arena before outlining the specific factors that are in play.  Comprehend the strategic state of the matrix that is behind the array of those factors by understanding the measurables behind each factor.

Out of the macro menu of tactical approaches, most people chose the one that is based on these following three points: attainability; realistic in its projected outcome and the timeline that the objective/approach must be completed by.

Based on the arrangement of those specific factors

Be smart, not stupid.