The Art of Strategic Power 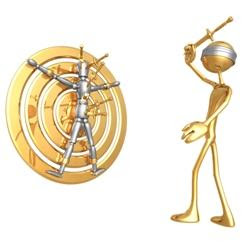 Regardless of the competitive settings, the strategic principle for applying strategic power (advantage) is the same.
In warfare, "strategic power" refers to the exploitation of strategic advantage through power. Whenever the enemies are in a situation where they can be vanquished and destroyed, you should follow it up and press and attack on them, for then their army will certainly crumble. A tactical principle from the Three Strategies states: "Rely on strategic power to destroy them."
- One Hundred Unorthodox Strategies
"Instead of “the hammer,” in the words of John O. Brennan, President Obama’s top counterterrorism adviser, America will rely on the “scalpel.”
When the favored (with the strategical lead within a predictable setting), has the option to use a precision tool to extract the opposition. ... In chaotic settings, one usually use the blunt instrument in order to catch up.
Following are three general questions that successful strategists have always asked:
Those who are positionally competing in an intensive competition, should remember the following quote from Questions and Replies between T'ang T'ai-tsung and Li Wei-kung.
"According to Fan Li's book, 'If you're last use yin tactics, if you're first then use yang tactics. When you have exhausted the enemy's yang tactics. When you have exhausted the enemy's tactics. When you have exhausted the enemy measures, then expand your yin to the full and seize them.' This then is the subtle mysteriousness of yin and yang according to the strategists."
Posted by Compass Architect at 4:38 AM 0 comments 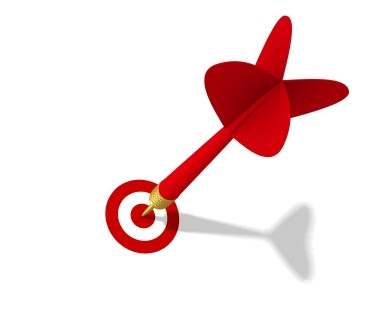 As a principal decision maker for your company, you want to see the big picture (your competitive terrain and beyond) in terms of risk, uncertainty and volatility. You also want to see if your objective connects to the current state of the marketplace.
Can you consistently make the right strategic "valued" decision with the fearlessness of taking the pain and absorbing the loss while facing the impact of ferocity from one's grand settings?
How can good decisions be properly made when you cannot see the big picture?
Posted by Compass Architect at 4:38 AM 0 comments

The Sign of the Times: The Upswing of IPTV

We previously mentioned that IPTV is the future technology that people should be embracing. ...
Click here for an interesting article on the changing of the cable industry.
The reduction of cable from 63% to a falling 61 sets the tempo of where the IPTV market is heading and the direction of the cable market.
You can find more IPTV information at IPTV Daily.com.
Posted by Compass Architect at 12:38 AM 0 comments

The Sign of the Times: The Robots Trend is Here 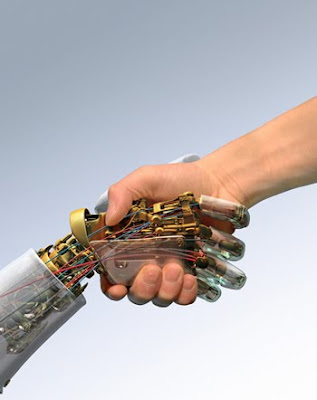 Some of the current trends are the white collar professionals telecommuting and video conferencing from their home and various public locales. They are also having group meetings at coffee shops. Seriously, it is nothing new. The hot trend is the increase of empty office buildings in the metropolitan cities and more free lancers. Due to the current recession, we expect this development of I/T automation and off-shored labors to continue.
With the increase of free lancers and outsourcing, what are the chances of a project finishing on time, on budget and according to specifications?
We expected the rate of more project teams being unable to hit this macro goal. It will incrementally increase. In a future post, I will discuss why that point will be a trend.
We will also outline the pitfalls of remote project teams members who are collaborating at different time zones and what is our strategic solution.
#
Many Workers Travel To Manhattan, But More Stay in Their Boroughs
By Sam Levin
July 30, 2010 | 5:21 p.m
Take that, Manhattan!
The Department of City Planning published on its Web site today its 182-page Peripheral Travel Study—in an extensive effort to identify opportunities for short and long term strategic plans to address transportation needs in the boroughs outside of Manhattan.
What the report finds is that, while a lot of New Yorkers commute from outside the island to Manhattan jobs, more stay in their outer boroughs. More than 880,000 city residents do commute from the four boroughs into Manhattan, but more than 1 million workers live and work in the same borough in the Bronx, Brooklyn, Queens, and Staten Island. (Borough commuters into Manhattan join 628,000 workers who reside in Manhattan and another 540,000 from outside the city).
Despite the "common perception that most workers are concentrated in the Manhattan Central Business District (CBD), the opposite is true," the report says.
Manhattan does have the greatest density of employment, and it does draw more workers from throughout the region than any other area. But more people live and work in the same borough than commute to any other. And excluding journeys to Manhattan, there were more than 323,000 interborough journeys-to-work, 44 percent of which where between Brooklyn and Queens.
Guess Manhattan isn't as popular as people thought?
Though The Observer did not read the entire report, it seems that an important finding is that in the outer boroughs, people tend to work relatively close to their residence, and among those that work close to home in the same study area, non-automotive travelling is most popular. Future public policy, the report recommends, should explore ways to encourage workers living and working in the same area to avoid using their cars.
Another interesting factoid, among those working and living in the same borough, the predominant transportation mode in trendy Brooklyn is "Other" (which includes walking, biking, taxi, motorcycle, and work at home).
In the same category in Queens and the Bronx, the primary mode is, unsurprisingly, auto.
What neighborhood wins for highest mean travel time (still excluding Manhattan residents)? Sorry, Southeast Queens (48 minutes!), but that's what you get for being so far away from major subway lines!
Fort Greene and Bay Ridge have the shortest mean travel times for work commutes—38.8 minutes—the study says.
What do these findings actually mean? The study says, "More than 300,000 people travel daily between the boroughs (other than Manhattan) to work. The automobile dominates this travel. Nevertheless, there may be opportunities to expand the use of alternative modes."
Travel between Brooklyn and Queens has potential for growth, the study says. "These boroughs are adjacent and both bus service and bicycle improvements should be explored."
Automobiles, though aren't going anywhere soon. The study says in its conclusion, "Workers are coming from diverse locations which, at least to date, have made the automobile the most attractive means of commuting for many people."
slevin@observer.com
http://www.observer.com/2010/politics/many-workers-travel-manhattan-more-stay-their-boroughs
Posted by Compass Architect at 4:38 AM 0 comments 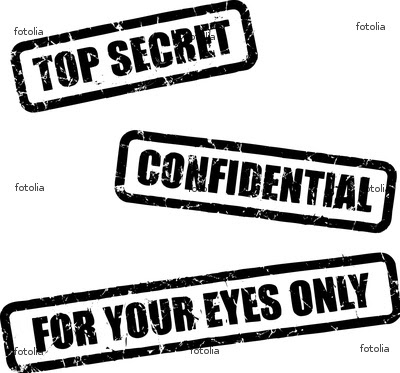 “Three may keep a secret, if two of them are dead.” - Benjamin Franklin (American Statesman, Scientist, Philosopher, Printer, Writer and Inventor. 1706-1790)
When assessing the state of your organization, one should always ask whether their trade secrets are properly secured.
Click here for an interesting read on the risk-consequences of protecting one's trade secret.
Posted by Compass Architect at 4:38 AM 0 comments 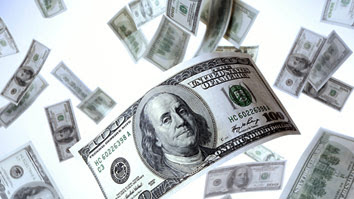 Current and Future Trends:
News item
Turning Point for the EV
Our Strategic Assessment:
There are more micro trends behind this possibility. With the above list of trends, what type of strategic decisions will you make from this strategic assessment?
We will cover more on this on-coming phenomena in a later post.
Posted by Compass Architect at 4:38 AM 0 comments 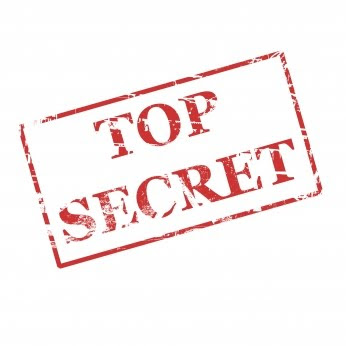 One can only thrive in this global economy by incrementally enhancing their "competitive advantage"
The two most relevant points that some people missed are:
Jiang Tai Gong book "Six Secret Teachings" emphasizes "the importance of protecting one's advantage" regardless of the situation.
King Wen asked Tai Gong:"How does one preserve the state's territory?"
Tai Gong said: "Do not estrange your relatives. Do not neglect the masses. Be concillatory and solicitous towards nearby states and control all that is under you. Do not loan the authority of state to other men. If you loan the authority of state to other men, then you will lose your authority. Do not hurt those of lower position to benefit those of higher position. Do not abandon the fundamental to save those that are inconsequential.
When the sun is at midday, you should dry things. If you grasp a knife, you must cut. If you hold an axe, you must attack."
"If at the height of the day, you do not dry things in the sun, this is termed losing the opportunity.
If you grasp a knife but do not cut anything, you will lose the moment for profits. If you hold an axe and do not attack, enemies will attack instead."
"If trickling streams are not blocked, they will become great rivers. If you do not extinguish the smallest flames, there is nothing much you can do when it turns into great flames.
If you do not eliminate the two-leaf sapling, you might have to use the axe to remove it in future." "For this reason, the ruler must focus on developing wealth within his state. Without material wealth, he has nothing with which to spread beneficence or to bring his relatives together.
If he estranges his relatives it will be harmful. If he loses the common people, he will be defeated. "
"Do not loan sharp weapons to other men. If you loan sharp weapons to other men, you will be hurt by them and will not live out your allotted span of years."
King Wen said:"What do you mean by benevolence and righteousness?"
Tai Gong replied: "Respect the common people, unite your relatives. If you respect the common people, they will be in harmony. And if you unite your relatives, they will be happy. This is the way to implement the essential cords of benevolence and righteousness."
"Do not allow other men to snatch away your awesomeness. Rely on your wisdom, follow the norm. Those that submit and accord with you, treat them generously and virtuously. Those that oppose you, break with force. If you respect the people and trust, the state will be peaceful and populace submissive." - T’ai Kung Liu-t’ao (Six Secret Teachings)
More on this topic can be found in the Seven Military Classics of Ancient China.
#
Here is a situation where the possible leaking of a trade secret can determine the fortune of a famous food company.
Posted by Compass Architect at 4:38 AM 0 comments 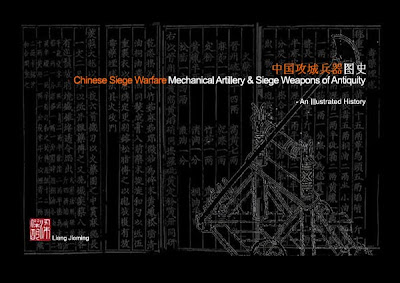 An endorsement from a Chinese scholar who specializes in the history of Chinese Siege Warfare.

﻿"It is obvious that Mr. Hom (of Compass360 Consulting) understands, at a very fundamental level, the basic principles of Sunzi's Art of War. However, what makes this truly remarkable is that Hom takes this knowledge one step further. The fundamentals of warfare set out in Sunzi's Art of War are as applicable on the battlefield as they are in the cutthroat business environment of today.

Mr. Hom's ability to translate the Art of War principles into a strategic business assessment methodology is quite innovative. It is easy to understand and simple to apply. I believe that his process will be a positive boon to the business professionals who seek a more holistic and comprehensive approach to running, managing and expanding their ventures."
- Liang Jieming, Author of Chinese Siege Warfare: Mechanical Artillery & Siege Weapons of Antiquity

More information on Mr. Liang's book can be found at http://www.grandhistorian.com/chinesesiegewarfare
Posted by Compass360 Consulting Group at 4:38 AM 1 comments