The Generalities for Implementing a Military Offensive Siege 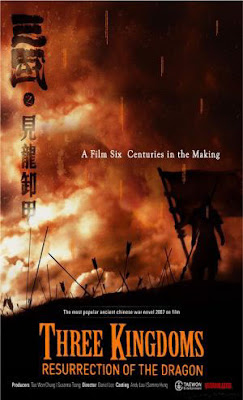 Our consulting group and some of our friends are "big" fans of historical movies with good strategic military scenarios. One movie that we found interesting is a 2008 Chinese movie "Three Kingdoms: Resurrection of the Dragon."

Without getting into the specifics of this film, there was a scene where Zhuge Liang, (the military advisor of the Shu's empire) instructed Zhao Yun and his army of 999 solders on how to attack the Cao Cao's (the Wei empire) army of 10,000 solders.

Zhuge Liang presented the "big picture" that the enemy's troops had the advantage of the numbers and were preparing to attack Zhao's location, the next day. The wild card factor was that they were quite tired after a long march.


His strategic solution was consisted of the following sequence:
Zhuge Liang predicted that the rain was coming at the start of midnight and that it would be perfect for . a raid. Zhao Yun and his troops decided to take the risk of implementing a surprise attack under the guise of a storm.

Following is a video that displayed the outcome of that strategy:


The ideal offensive assault usually have the elements of surprise, momentum and timing. It must be able to disrupt the initial momentum of the opposition with quickness, power and extreme prejudice . In most cases, the opposition's spirit would be devastated . ...

Side note: One must also remember that the execution of any plan is rarely 100% perfect. The success of any plan is depended greatly on many factors. When executing a plan, the amateur professionals occasionally strive for perfection. The successful professionals usually sets the standards of perfection while emphasizing on the practice of approximation. We will discuss more about this topic at a later time.

From watching this movie, one learns the following significant strategic points:
These above fundamentals are described in the "Sunzi's The Art of War" essay and other "Chinese strategic classics." 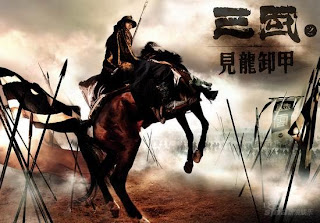 Whether one is running a marketing venture or a political campaign, one must need a good understanding of relevant strategic and tactical principles in order to succeed.

The next important point is having a strategic process that organizes your priorities, your approaches and your contingencies from a "top down" perspective. This unique strategic overview enables the reader to see everything in terms of the cycles, the terrain, the leadership, and the operational logistics. ... Does your company have a tool like that?

Following are some questions for you to think about:
Posted by Compass Architect at 4:38 AM