Strategic Assessment #4: How the Big Boys Play the Game. 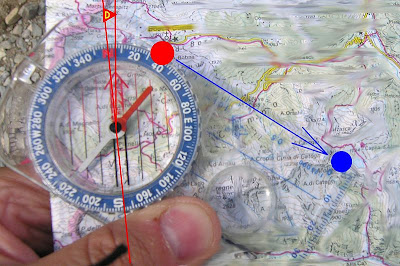 We were talking to a C level officer of a startup who told us that he did not believe in the reason of having competitive intelligence gathering. He felt that his view of the marketplace is good enough and that constant intelligence updates would distract him and his team from implementing their initial plan. ... He believed that the 100% effort toward execution was the way to go.

My response was "Not knowing the mindset of the competition and the configuration of your business terrain is like traveling into a dark forest without knowing where is the path of minimum resistance and not having a compass and a flashlight to get you there. ..."


The following news item depicts how the political big boys in California play the "election" game. They gathered intelligence on their opposition. They know their strategic priorities and find the obvious weaknesses in the opposition's position and exploit it to the maximum.

Team Whitman just rolled out its campaign chair -- ex-Guv Pete Wilson -- and The Marine had a message for Jerry Brown and his union pals ready to sling $40 million worth of oppo research at Meg: Game on!

Or, as Wilson put it: "Jerry Brown and his allies are beginning the General Election today. We must respond."

"Meg and our campaign team are beginning the General Election today," Wilson wrote, "and we are not wasting time."

That means no more sunshine and rainbows TV ads from Meg. (Somewhere Angelyne is weeping.)

Instead, as Wilson said, "we will expand our ad campaign as needed to take on Jerry Brown and his allies before the conclusion of the primary season."

And, Pete sez that Team Meg will be stepping out its grassroots support (asking local supporters to reach out to the media), fundraising outreach (yes, silly, to people OTHER than the candidate) and voter outreach. Meg's "already busy campaign schedule will ramp up quickly" with a Bay Area stop next week.

Now, let us pick up our Irony Meters for this line from Wilson:

"They will use any means possible, including this multi-million dollar negative assault, to try to stop Meg's message of reform."

Democrats and unions, fearful that Meg Whitman's early radio and TV blitz will leave Jerry Brown in the dust, are setting up a $20 million "independent expenditure" effort aimed at cutting the billionaire Republican gubernatorial candidate down to size.

It's called "Level the Playing Field 2010," and it's being put together by progressive unions and wealthy donors worried that Brown's $12 million war chest is spare change next to Whitman's mega-millions.

The idea is to allow Democrats to take on the largely self-funded Whitman without having to worry about the gubernatorial campaign contribution limits that are certain to put a lid on Brown's own spending.

The goal is to be on the air with their first TV ad in a couple of weeks.

The consultants are mum on the details, but we hear the first target will be the layoffs and executive pay perks that Whitman presided over during her tenure as CEO of eBay.

In summary, they (the strategists) assessed the big grand picture in terms of politics, economic matters, social matters and technology. They positioned themselves with a good strategic plan. Then they will influence the California masses with their view of the opposition.

As smart California voters, we preferred to be influenced by pragmatic solutions.